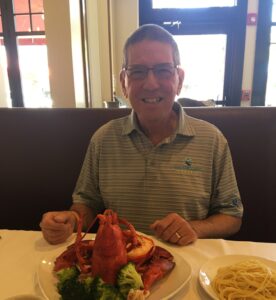 Peter was a quiet giant. He was my pal. He was a bright and shining light focused on building a better and more connected community.

I met Peter in 2016, he had assembled an ad hoc group of local people; leaders, misfits and characters. He would convene a monthly breakfast, luncheon or dinner, bring a mystery guest and the group would discuss local issues, problems, solutions and connections. It was terrific. Peter connected a ton of people to each other and worked tirelessly on issues of homelessness, workforce housing, public education, and doing actual work that repaired some of the tears in our social fabric.

Peter was our Drum Major. To paraphrase Dr. King; Peter had a heart full of grace and a soul generated by love. 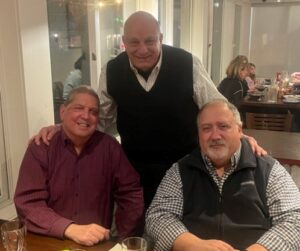 When Peter retired last year, he volunteered to force me to start actually planning my succession and the legacy for GiftsToGive. He was dogged, determined and unflappable. He was relentless. He called often, met regularly and tried to keep me on course. The original Band was Peter, David, Lou and Beth. They voted me in and then we expanded to include Carl, Dan, Steven and Josh. During our expansion phase Peter’s Leukemia returned and we stopped. I am feeling the need for us to reconvene the Band, not only in Peter’s memory but for my own sanity.

The last time I saw Peter was at Brigham and Women’s, two days before he passed. He was not in great shape, he was in and out of conscientiousness. As I was leaving, he said very clearly, “Don’t Speed”. 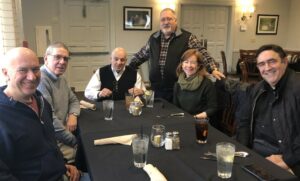 At 73 years-of-age, most of my contemporary heroes have passed. This week another hero leaves me, but remains in my mind and heart as a bright and shining light. A most perfect example of humility, perseverance, dignity, personal responsibility and most of all; as the most understated philanthropist and obvious leader I was fortunate to cross orbits with, however briefly.

I am struck by what Nelson Mandela said: “What counts in life is not the mere fact that we have lived. It is what difference we have made to the lives of others that will determine the significance of the life we lead.”

Peter Muise was, in fact, significant. Peter Muise made a difference in the lives of countless people. He was truly a giant.

“How still,
How strangely still
The water is today,
It is not good
For water
To be so still that way.” Langston Hughes